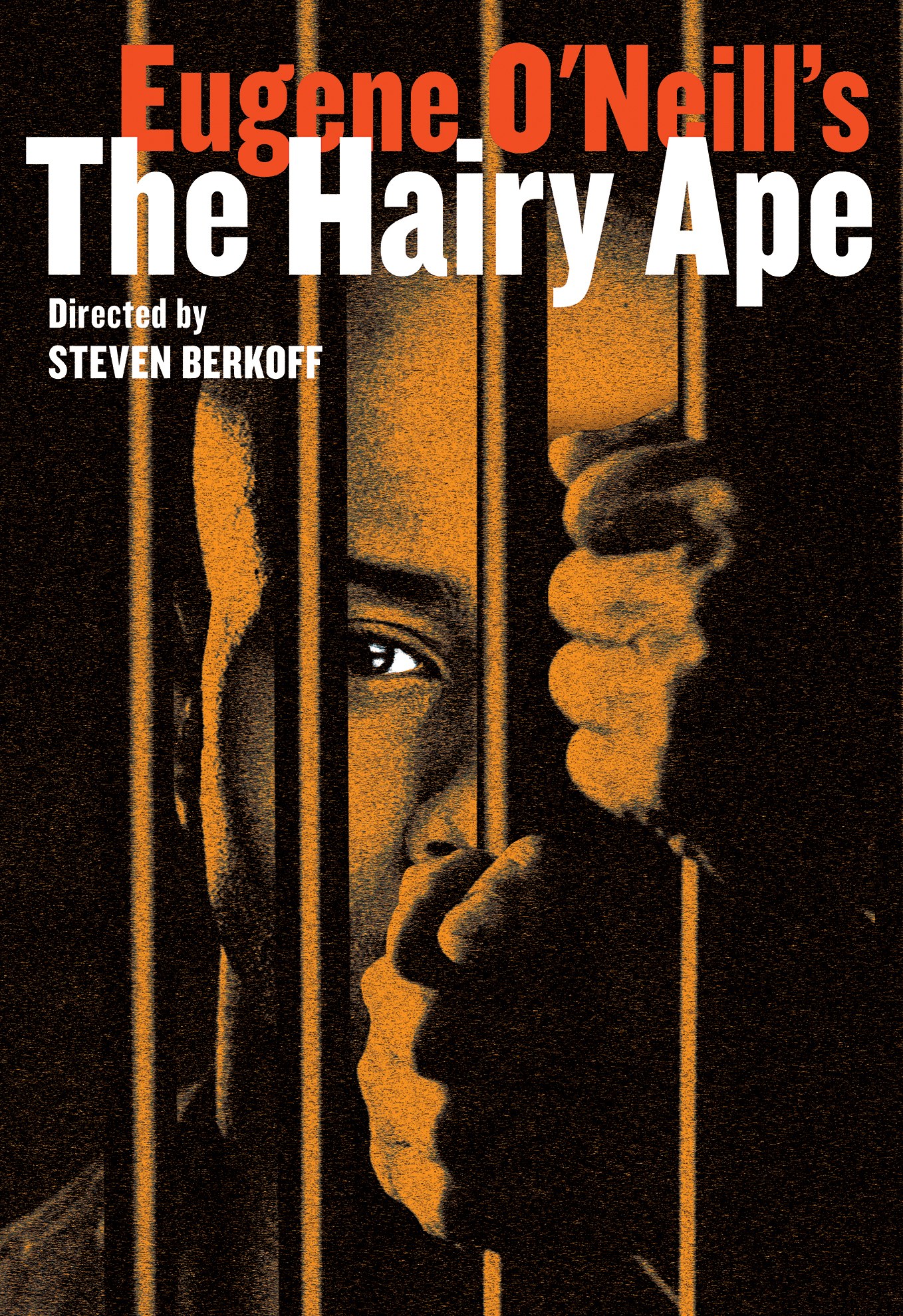 O’Neill’s harrowing critique of class stratification is the story of Robert “Yank” Smith, a brutish ship laborer who searches for a sense of belonging in a world controlled by the wealthy elite. As head coal stoker on an ocean liner, Yank is in his element: he rules his dark, smoky world. But when the pale, spoiled daughter of the ship’s owner visits the engine room for a thrill, she is at once repulsed and terrified by Yank and what she sees there. Half in love with the unattainable and half blinded by rage, the bewildered Yank blunders violently through Manhattan seeking revenge and trying to understand his place on “de oith.”

“This play is a hymn for the working man that shows O’Neill at his most powerful, both as a wordsmith and as a creator of extraordinary plots,” says Berkoff. “It’s a very humanistic piece and exciting. I don’t think there has been another play like it.”

“The Hairy Ape has haunted me since my college days – especially the unexpected and beautifully surreal ending,” agrees Odyssey artistic director Ron Sossi. “What a fortunate pairing is this O’Neill mini-masterpiece with the wildly inventive theatrical mind of Steven Berkoff.”

The Hairy Ape was first produced in 1922 by the Provincetown Players, a theatrical group co-founded by O’Neill. By this time, he was already an established playwright, having won two Pulitzer Prizes, but the expressionist style of The Hairy Ape represented a departure for him. The New York Times called it “a bitter, brutal, wildly fantastic play of nightmare hue and nightmare distortion… so vital and interesting and teeming with life that those playgoers who let it escape them will be missing one of the real events of the year.” The Hairy Ape’s strong condemnation of the dehumanizing effects of industrialization made it appealing to many labor groups and unions, which seized upon its concepts to further their cause for better working conditions. In the years since its debut, the play has become recognized as a distinctive exploration of a pivotal period in American society.

Last season, the Odyssey produced O’Neill’s Anna Christie, for which the company was honored with the Los Angeles Drama Critics Circle’s McCulloh Award for Revival. That production is also a current Stage Raw Award nominee for Best Revival.

Steven Berkoff returns to the Odyssey where he previously directed world premiere productions of his plays Kvetch and Acapulco. Best known for his roles in feature films such as A Clockwork Orange, Barry Lyndon, McVicar, Outlands, Beverly Hills Cop, Rambo, Revolution, Under the Cherry Moon, Absolute Beginners, The Krays, Legionnaire, Forest of the Gods, 44 Inch Chest, The Tourist and The Girl with the Dragon Tattoo, Berkoff got his start studying drama and mime in London and Paris. In 1968, he formed the London Theatre Group. His first original stage play, East, was presented at the Edinburgh Festival in 1975. Other plays include Messiah: Scenes from a Crucifixion, The Secret Love Life of Ophelia, West, Decadence, Greek, Harry’s Christmas, Lunch, Sink the Belgrano!, Massage, Sturm und Drang, Brighton Beach Scumbags, 6 Actors in Search of a Director, Actor’s Lament and a series of plays performed under the umbrella title Anarchy and Religion. Among his many adaptations are The Trial and Metamorphosis (after Kafka), Agamemnon (Aeschylus), The Fall of the House of Usher (Poe) and Oedipus (Sophocles). His plays and adaptations have been performed internationally and translated into many languages. He has also directed productions of Shakespeare’s Coriolanus (in which he played the title role), Richard II for the New York Shakespeare Festival, Hamlet and Macbeth, Oscar Wilde‘s Salomé and a critically acclaimed West End staging of On the Waterfront. His television productions include West, Metamorphosis, Harry’s Christmas, Silent Night and Edgar Allan Poe’s The Tell-Tale Heart.

Eugene O’Neill (1888-1953) began his life surrounded by theater, as his father, James O’Neill, was an extremely popular actor. Because his father’s acting troupe was constantly on tour, O’Neill spent much of his childhood in hotels and on trains with his mother looking after him. He attended boarding schools and studied at Princeton University, but was expelled after a year for getting drunk and smashing a window. He worked as a secretary for a New York mail-order company, then went to Honduras to prospect for gold. However, the only thing he brought back with him was malaria. He next worked as a theatrical manager but soon abandoned that job to work as a sailor on a Norwegian ship. During his travels, he lived for a time in Buenos Aires, Argentina. There, he worked for Westinghouse Electric, Swift Packing Company and Singer Sewing Machine Company before resuming the life of a sailor on the trans-Atlantic American Line. Then he returned to the U.S. to act in vaudeville. During this period of his life, O’Neill drank heavily and often lived as a derelict. O’Neill did not begin writing until 1912, when he became bedridden with tuberculosis. During his treatment, he began to read works by the great authors, notably the Swedish playwright August Strindberg. From that time forward, he devoted himself entirely to writing and over the next three decades rose to prominence as the greatest and most influential American dramatist of his time. Many of his plays are today considered hallmarks of American drama, including The Hairy Ape (1922), Desire under the Elms (1924), Mourning Becomes Electra (1931), The Iceman Cometh (1946) and A Moon for the Misbegotten (1957). Of the many accolades bestowed upon him, he received four Pulitzer Prizes – for Beyond the Horizon (1920), Anna Christie (1922), Strange Interlude (1928) and Long Day’s Journey into Night (1957) – and, in 1936, he became the first playwright to earn a Nobel Prize for literature.

The Odyssey Theatre Ensemble was founded in 1969 when Ron Sossi decided to demonstrate that experiment-oriented theater could have populist appeal and be fiscally solvent while maintaining the highest artistic standards. Wildly successful and innovative productions such as The Serpent and Brecht’s The Threepenny Opera immediately gained the Odyssey its reputation for producing dangerous, magical and experimental work. Now celebrating its 47th season, OTE continues to explore, produce and present works on the forefront of contemporary theater art in its three-theater complex in West Los Angeles.