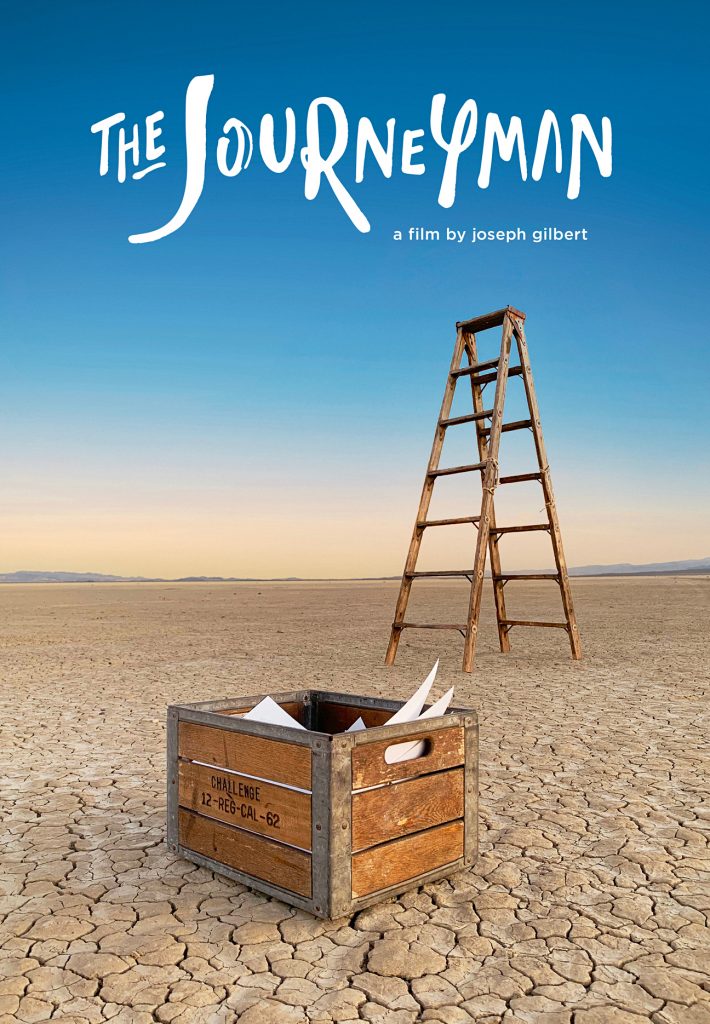 In a new film by Joseph Gilbert, a lone and altruistic Journeyman sets off on an intentional journey to use his artistic craftsmanship and whimsical approach to create impactful change and save the parched and lifeless environment he see collapsing around him. Using only a single pair of left-handed scissors, his efforts are joyfully effective.

Joseph has conceptualized, written and directed a new world where there are renewed possibilities. THE JOURNEYMAN is co-directed by James Thomas GIlbert.

Joseph Gilbert – Creator, Director, Actor
I’ve spent a lifetime interested in, and deeply caring about, other people. Decades spent moving around as part of a military family, years celebrating the diversity of cultures, adventures gathered while traveling the world, or the frequent long pensive walks through nature have nurtured a deep empathy. Or maybe it’s just my endless curiosity, exploring the world like a two-year-old searching behind and under everything just to see what’s there. Concertedly, I think it’s brought me to where I am today – learning how to better communicate – both visually, textually and orally. This is where I found my love of storytelling.

From time spent as a graphic designer, and conceptual and whimsical illustrator, to performing improv at the famed Second City, Chicago, studying acting in NYC, and working as an actor in Los Angeles in film, television, theatre and commercials, along side my entrepreneurial successes, undoubtedly shape my filmmaking endeavors. I’ve collectively united all of my experiences together to create THE JOURNEYMAN.

James Thomas Gilbert – Co-Director
James Thomas Gilbert has been a creative soul since he can remember. He started his filmmaking career as an actor (still living here) and quickly ventured into writing and directing where he discovered a passion for editing as well. Some of his favorite Beginning to End projects include THE CONTRACT; ANOTHER; THE JOURNEYMAN and the upcoming digital series TWELVE.

Brief Synopsis: A lone and altruistic Journeyman heals a lifeless and thirsty land.

Film stills from “The Journeyman” by Joseph Gilbert